Graffiti isn’t a new invention. Long before it was scrawled on the sides of underpasses by scofflaws and street artists with spray cans, humans began to see blank canvases in every empty surface.

This ancient graffiti could sometimes be fairly explicit, like this example found two years ago in Greece. Graffiti was also common in ancient Egypt. Going even further back in history, many cave paintings may have essentially been graffiti.

I first encountered historical graffiti in the Tower of London, scrawled on the walls by some unlucky prisoner. Some of the graffiti here is even preserved behind glass, and often they are quite intricate. In many ways, these creations give a rare personal glimpse into the past. These sketching a or ramblings are a window into the thoughts of someone most likely forgotten by time. 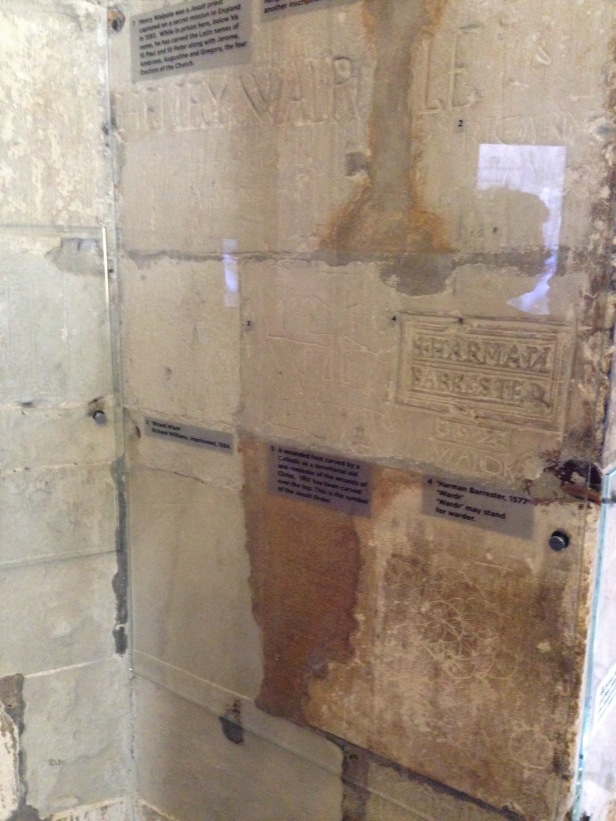 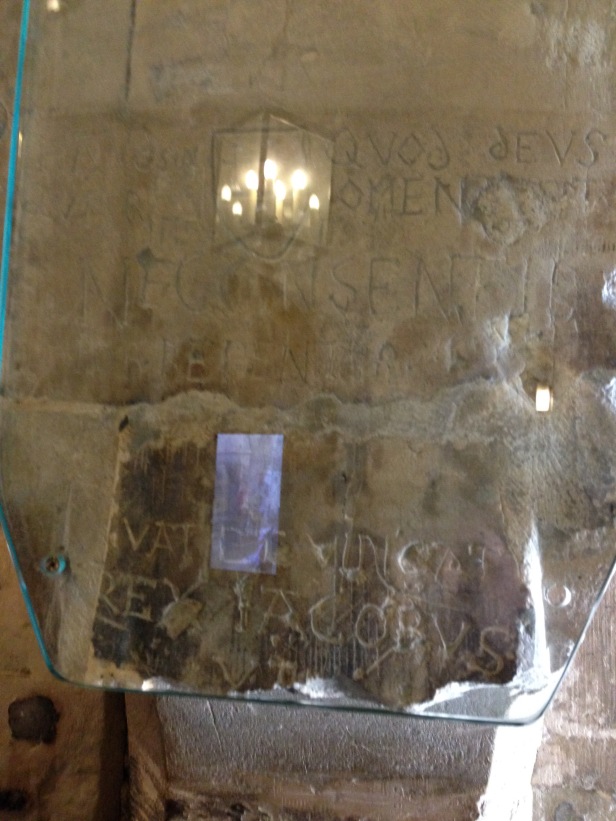 The graffiti in the dungeon of the Castillo San Cristóbal in Puerto Rico is another great example of this. Locked away, with only a small window and a view of the sea, some poor soul drew images of ships on his prison wall. 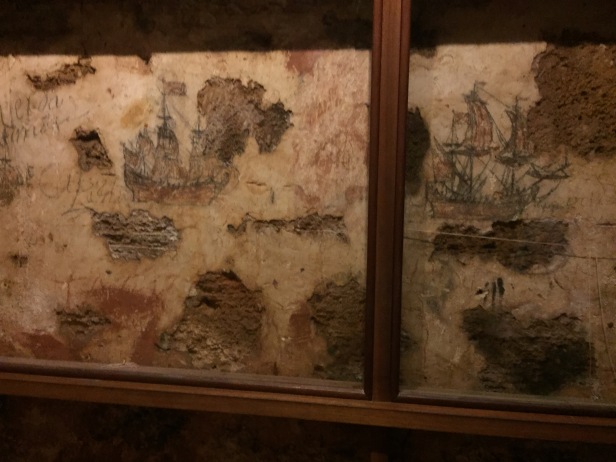 The flip side to this pro-graffiti blog post is modern graffiti on historical sites, which should pain anyone with a modicum of appreciation for history or archaeology. In the Basilica of San Clemente al Laterano in Rome, some modern visitor had written their name on the wall of the first century Roman house, deep underneath the church.