In 1889, three years after the people of France gifted the Statue of Liberty to the United States, Americans living in Paris﻿ returned the favor. This much smaller sister to Lady Liberty sits on the small island of Île aux Cygnes (the Isle of Swans) in the Seine river. The statue sports two dates on her tablet: July 14, 1789 for the storming of the Bastille and July 4, 1776 for the American Revolution.

While you can’t climb up this statue (which is only one-quarter the size of the one in the Hudson River), there is a path to walk right up to its base. Sadly, we didn’t have time for that when we were in Paris, but you can also get a decent view of the statue from the roads that run along the river. 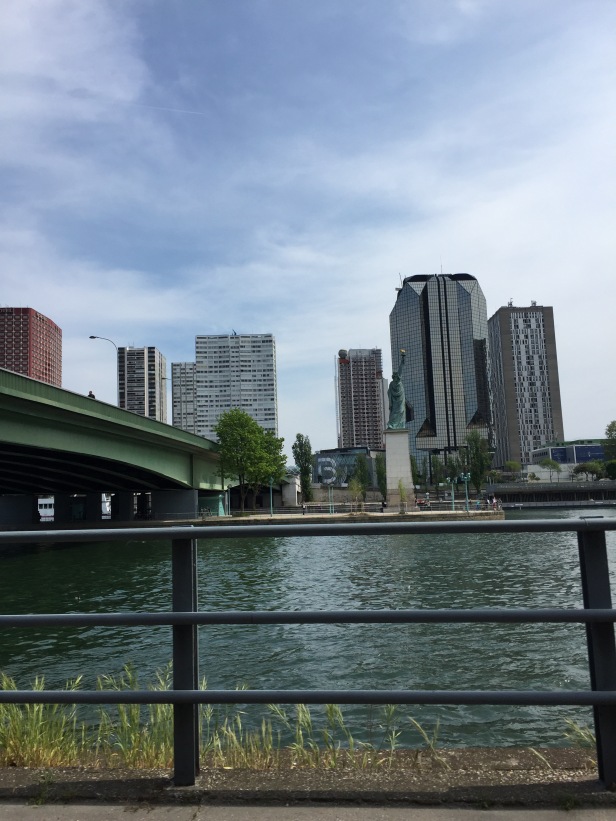