Just to the right of the Spanish Steps (which, sadly, were largely under construction during our visit) stands a house that once belong to the English Poets John Keats and Percy Bysshe Shelley.

Even if you’re not a fan of their work, this house provides a glimpse into the lives of two famous Englishmen living abroad. The interior of the house is a rare example of purely British style in the middle of Rome. However, if you do appreciate their work, you’ll find one of the largest collections of their memorabilia anywhere in the world, as well as original documents from their friends and contemporaries, including Lord Byron.

Keats died in this house in 1821, in a little room with a view of the Spanish Steps. He was only 25 at the time. His friends didn’t outlast him by much. Shelley drowned at sea the very next year at only 29, near the Gulf of Spezia. By 1824, Lord Byron was also dead, of a sickness contracted while voluntarily joining the Greeks in their fight for independence from the Ottoman Empire. Out of all of them, only Shelley’s wife Mary (immortalized as the author of Frankenstein) managed to make it past 50 (she died in 1851 at 53).

A note for future travelers: our ticket for the the Keats-Shelley memorial house was also good for the Case di Goethe, although we didnt’ end up going there. 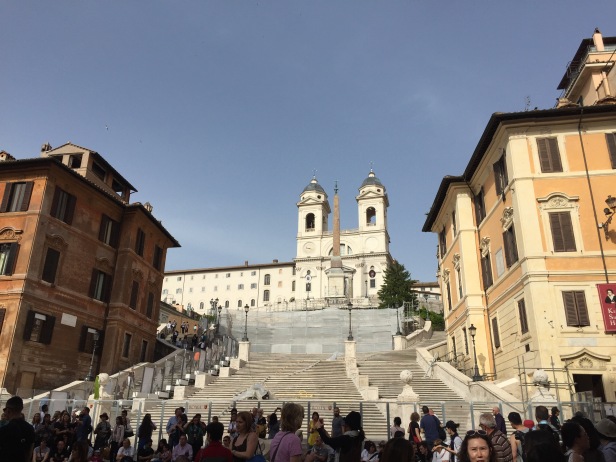