Winged Victory, one of the most recognizable statues from Ancient Greece, now graces a landing halfway up a stairway at the Louvre. But, centuries ago when it still had a head and arms, this statue was part of a complex belonging to a secretive cult.

So secretive, in fact, that we know practically nothing about them.

According to an article published in the July issue of National Geographic, this cult had an extensive complex, which included this statue, on the island of Samothrace, near Turkey. Even in ancient times this cult was enigmatic: “[g]uarded on pain of death, the rituals remain mysterious to this day.” Started sometime around the sixth century B.C., this cult eventually faded out when Christianity became the dominant religion of the region. True to their code, the cult members seem to have not revealed any of their secrets, even as the last of the initiates died out.

The statue, which depicts the Greek goddess of victory, Nike, stood at one end of the complex near an outdoor theater. The article explains that whatever rites were performed at this site “took place at night, with flickering torch fire pointing the way for initiates.”

National Geographic has a 3-D tour of the complex at Samothrace, that you can check out here. 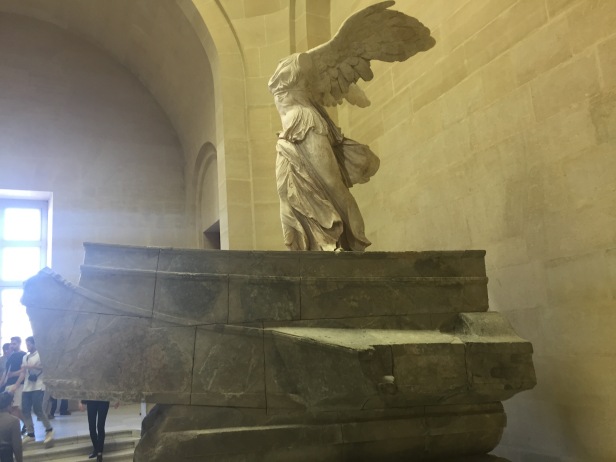